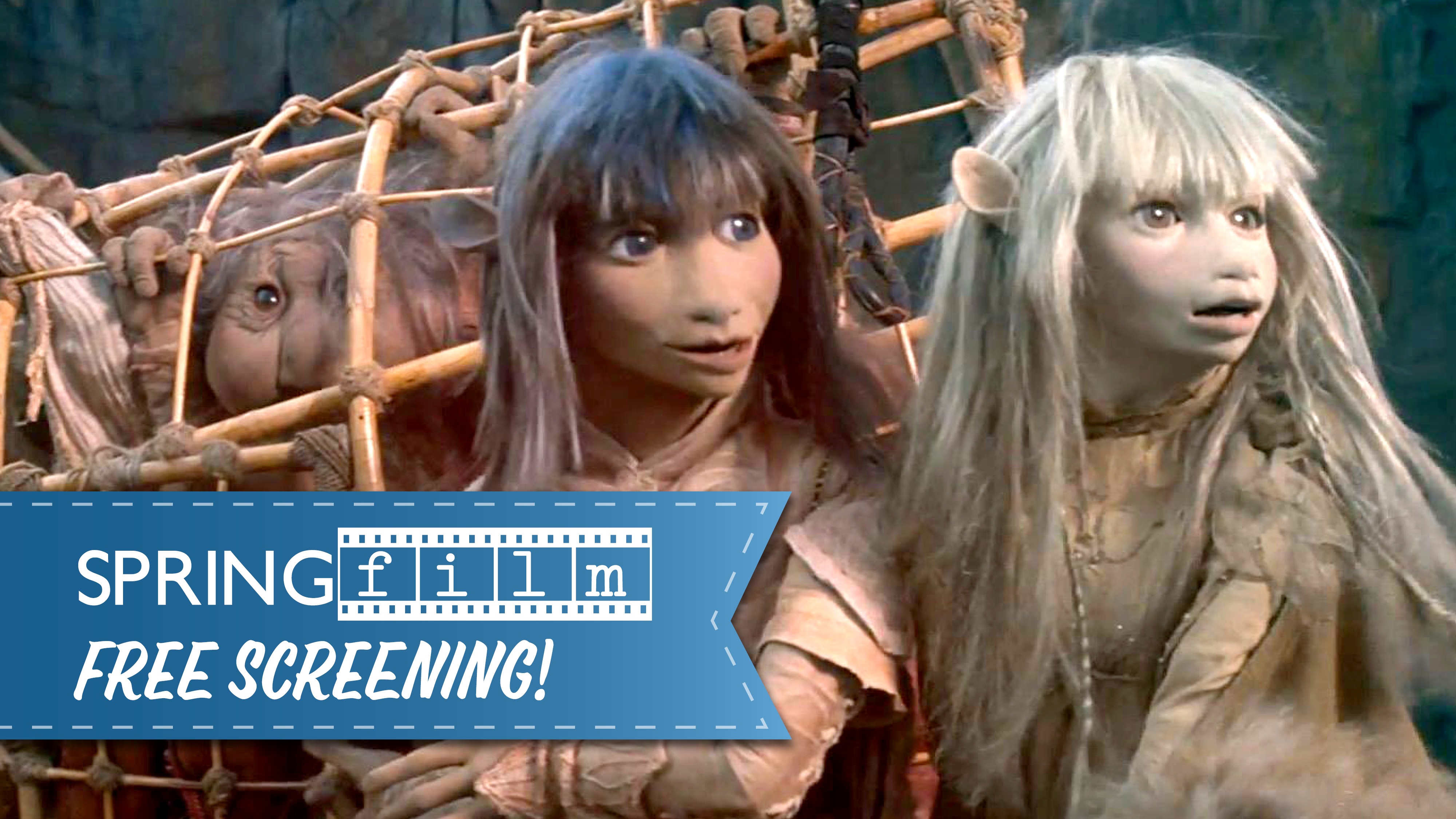 Springfilm: On the Move presents "The Dark Crystal"

THE GREAT CONJUCTION IS AT HAND – AND IN TIME FOR SPRING BREAK!  Please join us on Thursday, March 28, at 6:30 p.m. at the Wildish Theater for the Springfilm On the Move all-ages free screening of The Dark Crystal.

This film, renowned for its groundbreaking puppetry and animatronics, utilized the skills of Jim Henson (Sesame Street, Muppets), Frank Oz (The Empire Strikes Back) and Brian Froud as chief designer.  The three would later work together again on "Labyrinth". The film begins a thousand years after the Dark Crystal of Thra cracked, leaving the land under the control of the cruel Skeksis.  Now Jen, the last of the Gelflings, must leave his home with the peaceful Mystics and heal the Crystal before the Great Conjunction.  On his journey Jen meets representatives of the other races of Thra including nthe Oracle Aughra, the huge crab-like Garthim and the gentle Podlings.  The Dark Crystal was awarded the Best Fantasy Film at the Saturn Awards and the Grand Prize at the Avoriaz Fantastic Film Festival.

Springfilm On the Move continues on April 11, 2019 with Rain Man. Through August 2019, Springfilm will feature a monthly free screening of a film where travel is part of the plot.

What: Plank Town presents: Springfilm, “On the Move,” free screening of Jim Henson’s The Dark Crystal