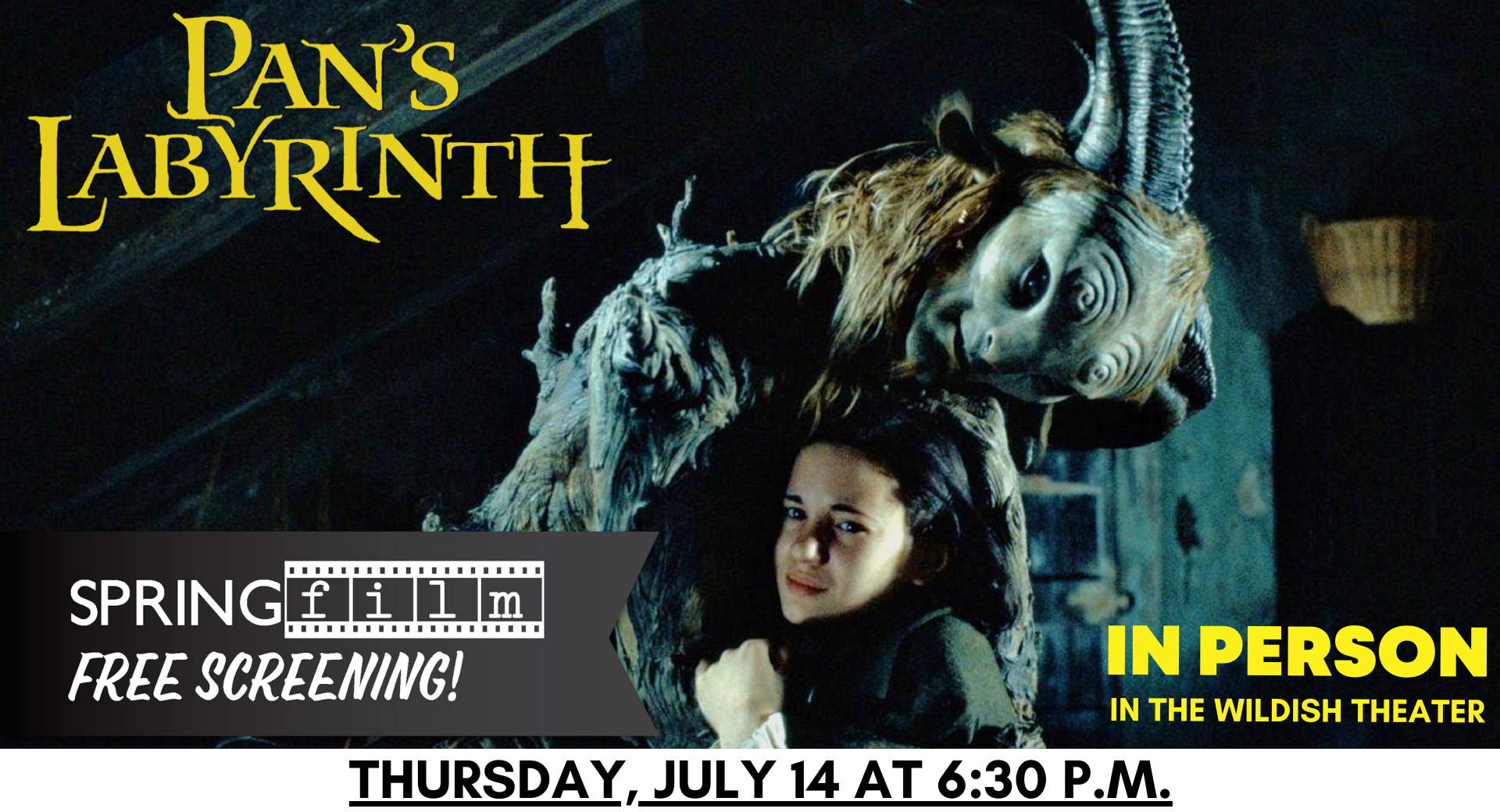 Explore Director Guillermo del Toro’s Spanish language masterpiece, Pan’s Labyrinth at 6:30 p.m., Thursday, July 14 at the Wildish Community Theater. Set in 1944 fascist Spain, the film is a fairytale parable following a young girl, Ofelia, as she explores a terrifying labyrinth, and her stepfather, Captain Vidal, who is ruthlessly hunting down suspected rebels.  After Ofelia follows a fairy she is given three tasks to complete within a labyrinth filled with monsters created through make-up, animatronics and limited CGI.  At the same time Ofelia and the housekeeper Mercedes, a rebel spy, must remain safe as Vidal becomes more relentless in his pursuit of rebels.  A beautiful and moving film, it is described on Rotten Tomatoes as “Alice in Wonderland for grown-ups, with the horrors of both reality and fantasy blended together into an extraordinary, spellbinding fable.”  Masks are not required to attend this showing but are welcome.