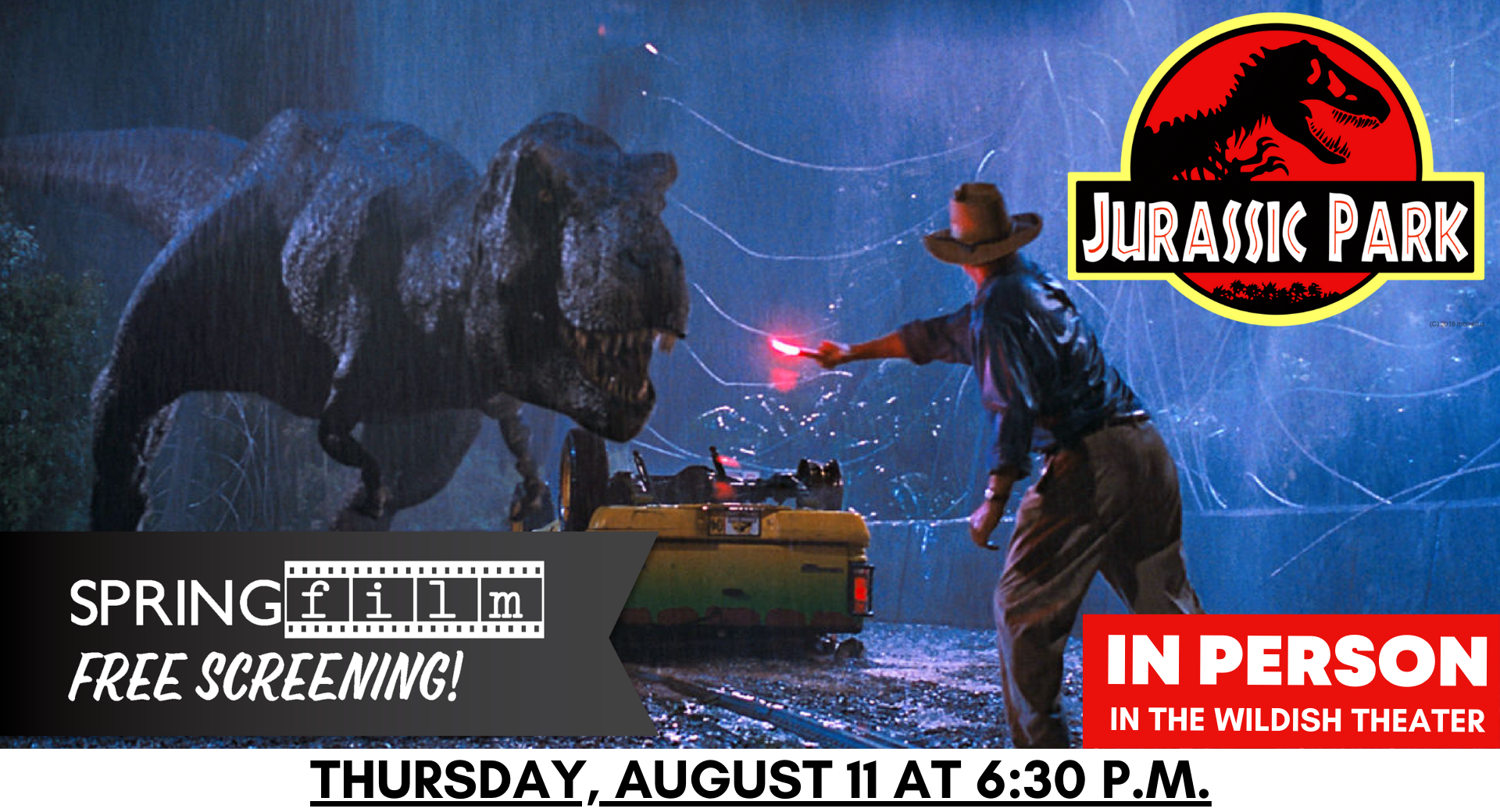 The movie that spawned one of the largest media-franchises of all time, Jurassic Park, returns to the Wildish Community Theater big screen at 6:30 p.m., Thursday, August 11.  Directed by Steven Spielberg and based on a book by Michael Crichton, the film is set on an island where scientists “so preoccupied with whether or not they could, they didn’t stop to think if they should”, have brought  dinosaurs back from extinction.  During a visit by Paleontologist Dr Alan Grant (Sam Neill), Paleobotanist Dr. Ellie Sattler (Laura Dern) and Mathemetician Dr Ian Malcolm (Jeff Goldblum), the dinosaurs escape their confines and wreak havoc.  Since its release in 1993, Jurassic Park has spawned five sequels, several TV shows, numerous video games, books, toys and Lego sets and is still beloved today.  Masks are not required at this showing but are welcome.

SPRINGfilm will continue in September with a new season and theme. Please check the Springfield Public Library website for details.