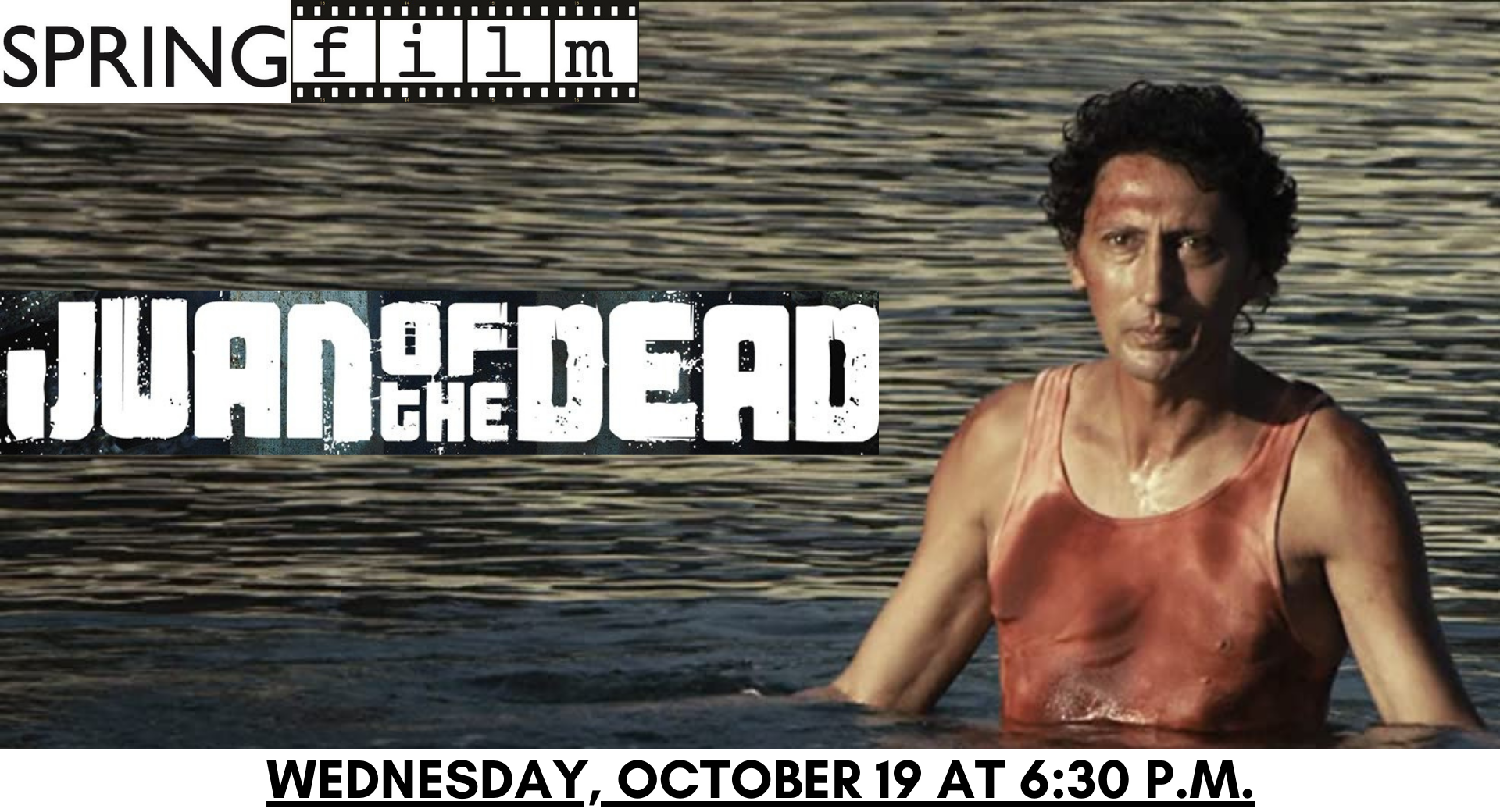 SPRINGfilm is back in the Wildish theater and is now on Wednesdays!  At 6:30 p.m., Wednesday, October 19 watch as zombies rise in Cuba in the comedy horror Spanish language film “Juan of the Dead”. A satirical political commentary poking fun at the Cuban government, the film follows life-long slackers Juan (Alexis Díaz de Villegas) and his friend Lázaro (Jorge Molina) as they start their first successful business - killing zombies - while also trying to reconnect with their estranged families.  The film won the Goya Award for Best Spanish Language Foreign Film in 2012. This film will be presented in Spanish with English subtitles.

SPRINGfilm continues at 6:30 p.m., Wednesday, November 16, 2022 with a free showing of “The Madness of King George” starring Nigel Hawthorne and Helen Mirren and directed by Nicholas Hynter.