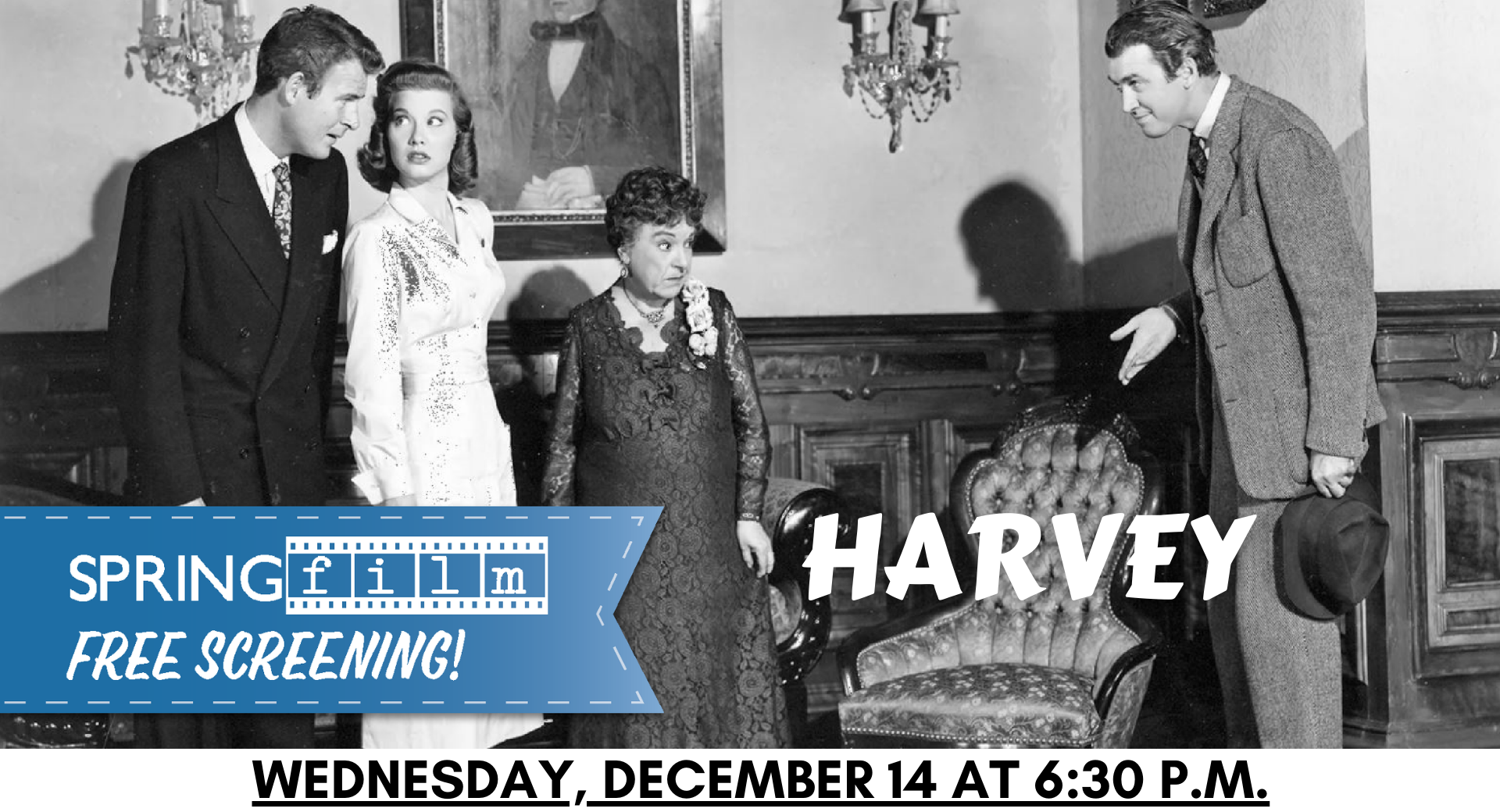 Elwood P Dowd (James Stewart) likes to hang out with his friend Harvey – but because Harvey is a 6 ft, 3 1/2-inch-tall invisible rabbit, Elwood’s family are understandably concerned and doubt Harvey’s existence.  You can see for yourself at 6:30 p.m., Wednesday, December 14 with a free screening of the 1950 comedy-drama film ‘Harvey’ at SPRINGfilm. The film follows Elwood as his sister Veta, (Josephine Hull in an Oscar winning performance) attempts to have him committed to a sanitorium after the entire family have become social outcasts.  The film was based on a 1944 play of the same name with Stewart described by Variety as “the perfect casting for the character so well does he convey the idea that escape from life into a pleasant half-world existence has many points in its favor”.  This free showing will be at the Richard E. Wildish Community Theater at 6:30 p.m

SPRINGfilm continues at 6:30 p.m., Wednesday, January 18, 2023, with a free showing of the Korean black comedy-thriller “Parasite”, the 2019 winner of the Palme d’Or at the Cannes Film Festival, and the first non-English language film to with the Best Picture Academy Award.