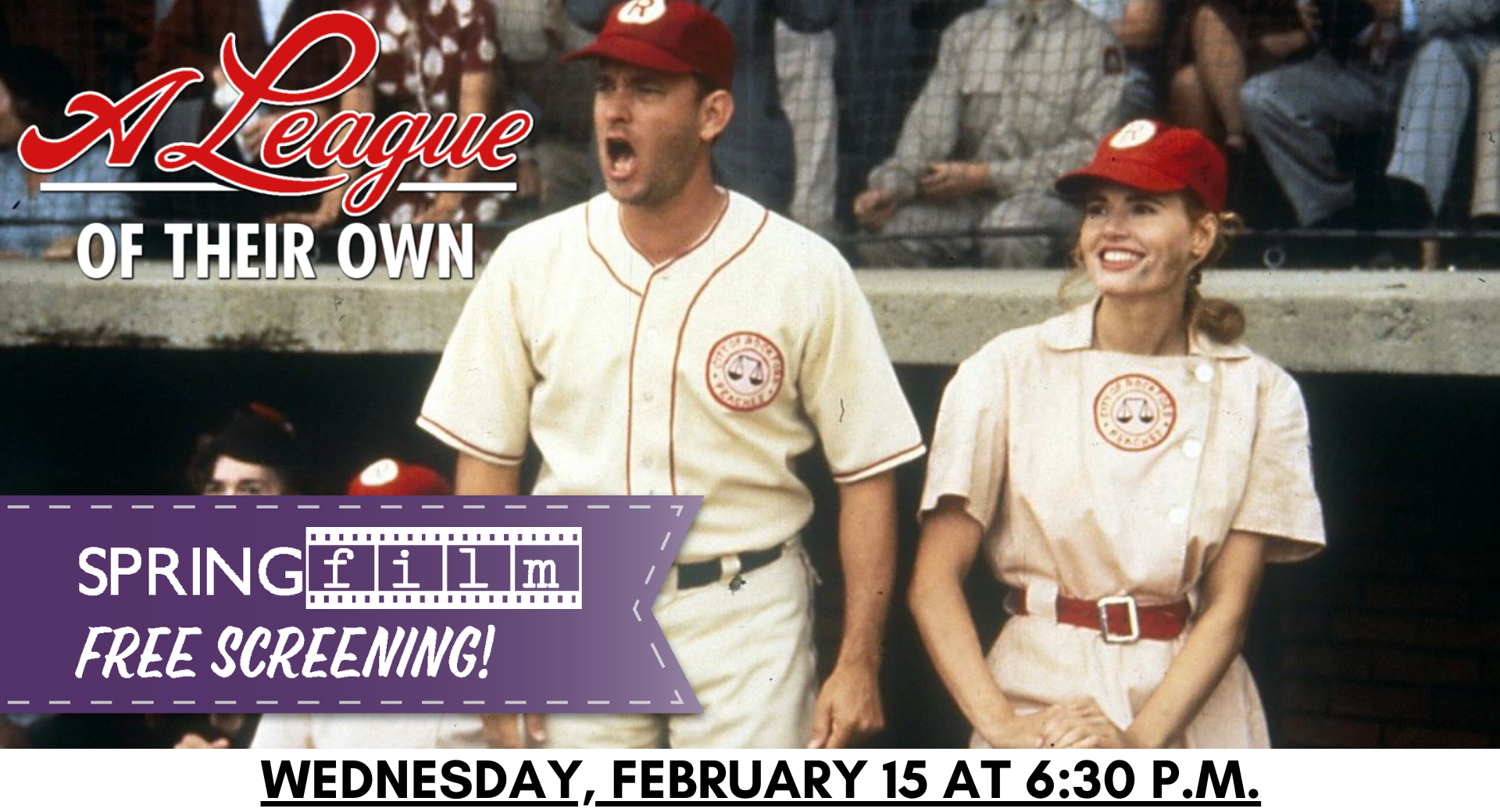 SPRINGfilm: A League of Their Own (1992) In-Person

Catch the beloved 1992 sports comedy-drama “A League of Their Own”, at 6:30 p.m. Wednesday, February 15 for free at SPRINGfilm.  A critical and commercial success, the film is a fictionalized account of the All-American Girls Professional Baseball League – begun during World War II by Major League Baseball owners.  Geena Davis stars as Dottie, who with her sister Kit (Lori Petty) are initial members of the Rockford Peaches, managed by Jimmy Dugan (Tom Hanks).  Both the direction by Penny Marshall and the performance of the ensemble cast which included Rosie O’Donnell, Madonna, Jon Lovitz and David Strathairn was widely acclaimed, with Duggan’s quote “There’s no crying in baseball” ranked 54th in the American Film Institutes AFI’s 100 Years … 100 Movie Quotes List.  SPRINGfilm is proudly shown for free at the Richard E. Wildish Community Theater.

SPRINGfilm continues at 6:30 p.m., Wednesday, March 29, 2023, with a free showing of the animated classic “The Iron Giant” as part of the library’s Spring Break events.