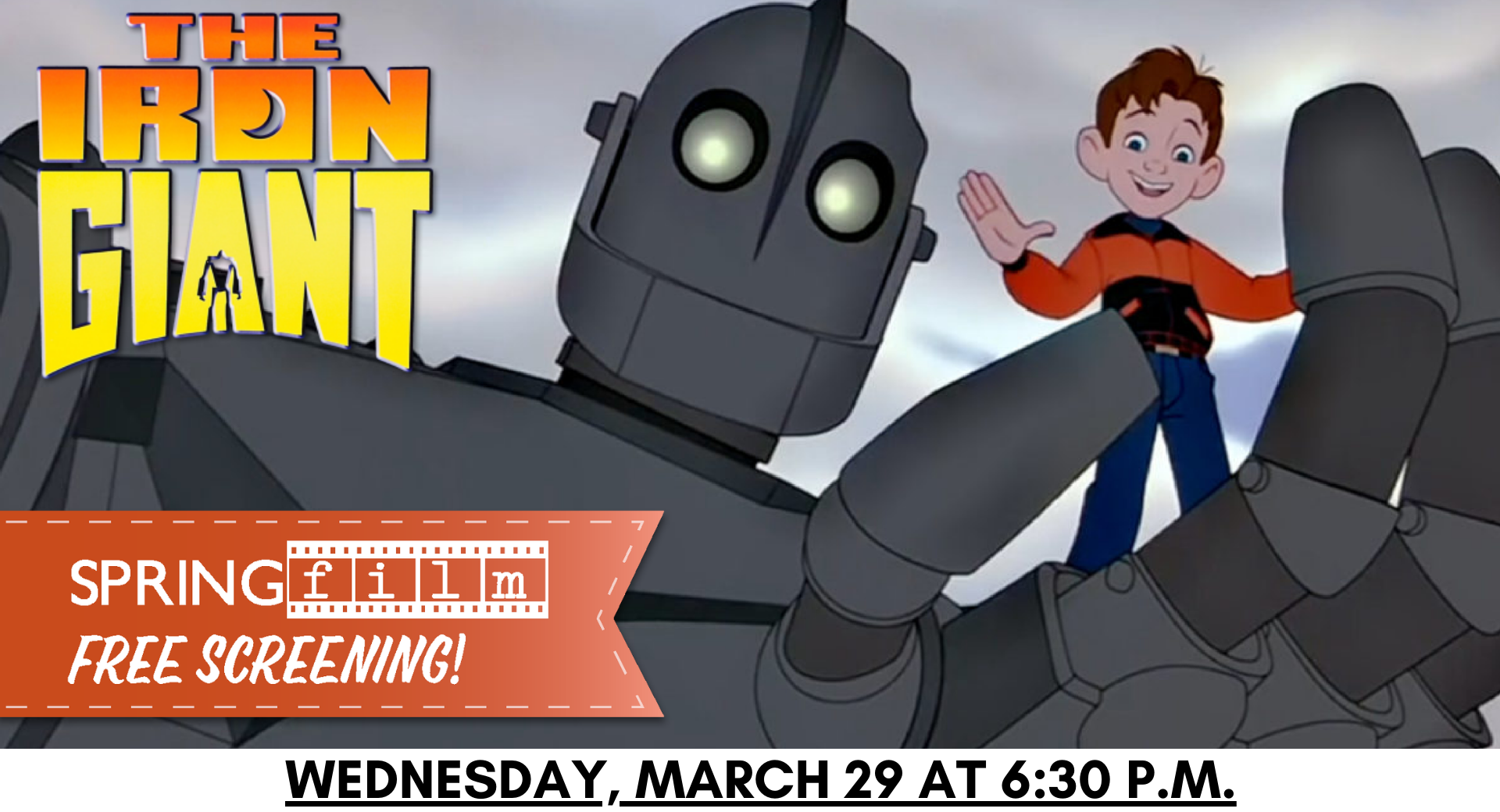 SPRINGfilm celebrates Spring Break with a free showing of “The Iron Giant” at 6:30 p.m. Wednesday, March 29 at the Richard E. Wildish Community Theater.  Set in 1957 during the Cold War, a young boy named Hogarth Hughes discovers a giant, alien robot voiced by Vin Diesel.  Hogarth befriends the robot and with the help of his mother Annie (Jennifer Aniston) and a beatnik artist, Dean McCoppin (Harry Connick Jr.) tries to save the robot from a paranoid U.S Government agent and the U.S military.   Released in 1999, the film was initially a commercial flop but was praised for the story, animation and voice performances.  It has since gathered a cult following and is seen as a modern classic.

SPRINGfilm continues at 6:30 p.m., Wednesday, April 19, 2023, with a free showing of the “Attack the Block”, starring John Boyega, Jodie Whittaker and Nick Frost.